You have no items in your shopping cart.

Breitling have established themselves as a powerful leader in the field of mechanical chronographs and precision made chronometers. Made in Switzerland, they are the only watch brand to chronometer certify all of their movements. With aviation and diving in mind, these watches excel in functionality, precision and design.

Founded in Switzerland in 1884 by Léon Breitling, the brand has dedicated itself to technical excellence. Léon Breitling’s first workshop specialised in producing chronographs and timers for sports, science and industry, and in 1892 relocated to the centre of Swiss watchmaking, La Chaux de Fonds.

At the centre of this powerful brand is the Breitling family, who have dedicated their lives to being leaders in the development of wrist chronographs from 1915. Today, Breitling has a strong partnership with aviation which stems from the creation of on-board chronographs in 1931, designed for use in aircraft cockpits. Along with its achievements in watchmaking Breitling have endeavoured to use their creations in practical and outstanding ways.

After the introduction of the Navitimer in 1952, a watch worn by astronaut Scott Carpenter during his orbital space flight, it became the first wrist chronograph in space. A version of the Navitimer was offered by the Aircraft Owners and Pilots Association throughout the 1950s. The Navitimer, is the world’s oldest mechanical chronograph still in production today, and is considered to be ‘The  Breitling watch since 1952’.

One of the most amazing feats of technology achieved by Breitling was launched in 1995.The Emergency, with its built in distress signal was designed for the most adventurous and daring of Breitling’s customers. A recent advancement of the Emergency is the addition of the Dual Frequency Locator Beacon, which further assures this watch as a survival instrument on land, at sea, or in the air. The Emergency has distinguished Breitling once again, as a leader in their field.

Breitling’s ambition to conquer more than just the mechanical chronograph, came to the fore again with the introduction of the Superquartz movement. This battery powered movement is ten times more accurate than a standard quartz movement, and is used in many of their bestselling models.

In 2009 Breitling celebrated 125 years of watchmaking excellence by launching their own self-winding chronograph movement, the B01. This movement is Breitling’s first produced entirely in-house. The Breitling collection is powerful and varied, with each watch emulating functionality, reliability and style, truly instruments for professionals. 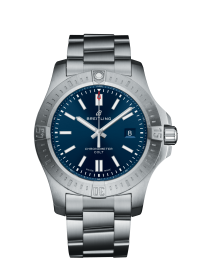 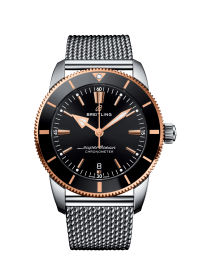 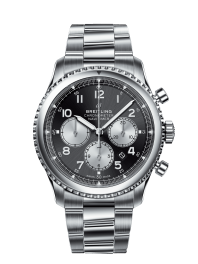 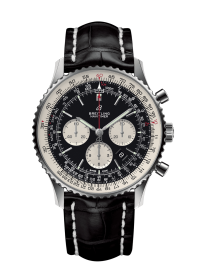 Breitling is available at our Nottingham branch.
For any enquiries please contact:
Nottingham: Tel (0115) 947 2692 or Email: [email protected]